Click on an image to learn more about each product. 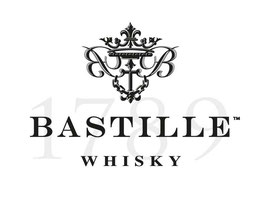 "French whisky?" you ask. Mais oui! As of now there are over 90 distilleries in France (and counting!) and 18 independent bottlers making 100% French whiskies. 1,000,000 bottles of French whisky are sold per year.

The first distillery to begin distilling French whisky over a quarter century ago is Armorik in Brittany. Armorik is the pioneer and leader in the production of French Single Malts. Born on Celtic ground in Brittany, the original “Oui” dram is also the most awarded French Single Malt in the US.

There is currently no legal definition for French whisky in general, although Brittany and Alsace were granted an Indication Géographique Protégée (geographic protected status) for their respective regions back in 2015.

In January 2016, the Federation du Whisky de France was founded. The objective of the foundation is to define and regulate the category, fight against counterfeit ("Made in France" on the label sells!), and promote French whiskies.

Heavenly Spirits' is proud to offer some of the best, most innovative French whiskies.

These are typified by the first single malt produced in France, Armorik, a range influenced by its Breton culture, which shares many characteristics to its whisky cousins in the Celtic isles.

Another innovator, BASTILLE 1789 Whisky, is born of four generations of distillers bringing together an Irish mother's passion for whisky with the French savoir faire of distillation.

France is the world's largest consumer of whisky, drinking an average 2.15 liters of the beloved brown spirit per adult per year. In comparison, "in the US, the home of Bourbon, they only drink 1.44 liters of whisky per person each year and in Britain it's 1.25 liters per person, ever so slightly ahead of the Irish on 1.24 liters per person." France is the biggest consumer of blended Scotch whiskies in the world, led by Johnnie Walker, Ballantines and Chivas. Also worth noting, Aberlour is the #1 Scotch Single Malt sold in France. 30% of all spirits sold in France are whiskies.

Why did France wait so long to make whiskies?

Looking into history books and references, it appears that whisky was already made in France and consumed at the court of the Duke Stanislas of Lorraine in 1750. But in 1789, a widespread famine in France forced the farmers to use grain exclusively for making food and the whisky production vanished.

At the same time, France had been perfecting the art of making great brandies since the 13th century and ­­­­­­benefited from an unsurpassed world reputation for quality. French people liked their refined and noble brandies and did not care for rustic and bold whiskies.

By the time France started to think about making whisky again, Scotland had already become the reputable whisky producing country that it is today.

In the 1950s, some major world drink groups with large interests in Scottish whisky-producing entities flooded the French market with famous labels. Whisky drinking became a popular trend in France, especially as it was glorified by the Hollywood movie business.

It should be noted that a few of these big drink groups were French, such as Pernod Ricard and La Martiniquaise, and they had ownership and/or distribution interests in a few of these famous labels. So the French remained somewhat complacent about creating their own whiskies, because the category seemed to be so saturated with big brands that made decent products.

The bottom line is that we now have plenty of great whiskies made in France and Heavenly Spirits is fortunate to represent two brands that could easily be considered the country’s finest: Armorik, who took a leap of faith back in 1983 and produced the first ever modern French whisky, and BASTILLE, born of a dream to create an outstanding whisky with a distinct French identity.

With this in mind, let us be happy and rejoice, as we watch the French whisky industry continue to get better and better. Santé!!!