Since 1872, five generations have contributed to the development of the prestigious Normandin-Mercier Cognacs. The family has build its fame by perfecting the art of blending and ageing cognacs in an exceptional geographical site on their estate, the Domaine de la Peraudiere.

What makes Normandin-Mercier so unique?


The Crus: For decades, the family Normandin Mercier has been buying young cognacs from the same handful of producers in the crus of Petite Champagne and Grande Champagne only.


The Grapes: Normandin Mercier cognacs are made with about 90% Ugni Blanc, and 10% of Colombard and Folle Blanche, a very rare and unique blend compared to other cognacs.


The Cellars: Normandin Mercier cognacs are matured in the family chateau’s traditional cellars near the town of La Rochelle, the historic medieval port that made Cognac famous  many centuries ago. The proximity of the ocean, the natural regulation of hygrometry and oceanic temperature all favor the ageing of the cognacs, giving them fullness, elegance and a unique character.


It’s important to note that Normandin-Mercier cognacs contain no artificial coloring and are not subject to a cold filtration in order to preserve a total purity of the aromas and flavors.

Subtly spicy with a touch of licorice.

Flavors of fruits, almond and plum with a rich and fat, but clean finish.

"Nuanced and complex, this shows a floral lilt up front, segueing into more substantial vanilla and honey aromas. The palate is relatively dry, with cocoa and leather  lightening to ginger spice and hints of tropical fruit." (Wine Enthusiast, 2017)

Full and soft spirit although preserves a certain ardor thanks to its ageing in red barrels.

Mouth: ample and round. Complex, ample, elegant. To sample quietly.

From our cellars, we have selected this 'Grande Champagne' Premier Cru of 1992 to celebrate the 140th anniversary of our business, founded in 1872.

Its uniqueness lies in the fact that it has been aged in authentic casks, made by the best Cognac coopers; using hundred-year-old oak trees from our estate ‘La Péraudière’ which were chosen in 1989 for the exceptional subtlety of their grain. The staves were left to dry in the open-air for three whole years, and from these wonderful casks ‘La Péraudière’ cognac was born.

"Look for warm vanilla aromas and a tickle of alcohol from this cask-strength Cognac. The complex, substantial palate starts with lots of caramel and oak up front, rounding to black cherry, dusty cocoa and orange peel midpalate, and drying to a citrusy finish." (Wine Enthusiast, 2017)

Our Petite Champagne 1976 was crafted in respect for the purest tradition. Aged first in new barrels from the Tronçais forest for 18 months, these barrels were slightly burnt so that the wood influence was slowly imparted to create a homogeneity of the aromas. Then this cognac continued its ageing in red barrels for 8 years, and was finished in specially-selected old barrels.

Every intervention to the barrels was made under the supervision of the BNIC (Interprofessional National Office of the Cognac).

Well-balanced, fine, and supple in nose, as well as on the palate, with aromas of lily and orange peel. A very natural spirit. Bottled according to the strict regulations for Cognac vintages and under the supervision of the BNIC. Bottled in an attractive, distinctive bottle, sealed with wire and wax.

"Most Cognacs blend various vintages together: This one is a single-vintage Cognac that was distilled in 1976 and bottled in 2016, after 40 years in oak. It’s a stunner, with a complex, perfumy nose and kaleidoscopic palate that starts with cocoa and walnut, moves to a rounded, surprisingly fresh red apple note midpalate, and finishes with vanilla, ginger, cinnamon and hints of tropical fruit. It’s drying, slightly grippy and not nearly as oaky as one might expect." (Wine Enthusiast, 2017)

This Petite Champagne originates from an old family reserve handed down from father to son beginning with the house's creation in 1872 by Edouard Normandin's great, great grandfather, Jules Normandin.

This special and rare cuvee has been bottled especially for Christmas from its oak cask #3077. 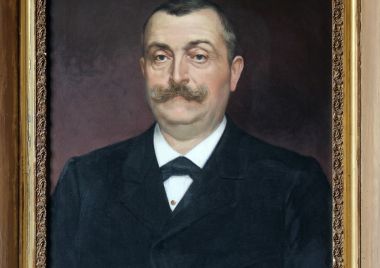 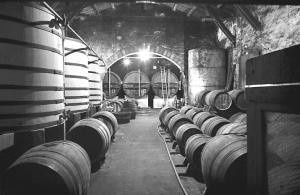 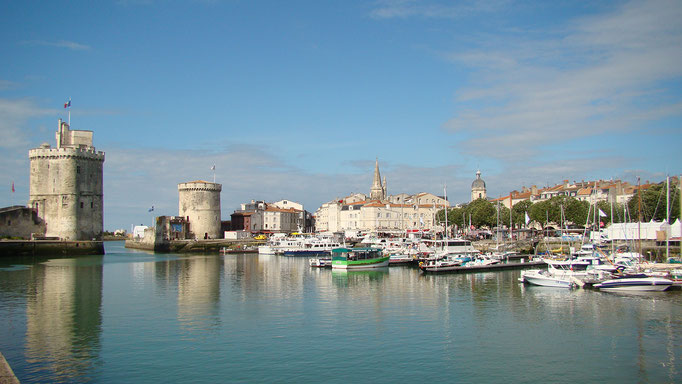 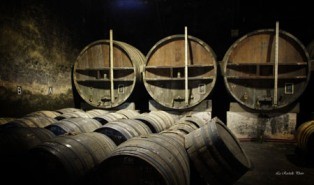 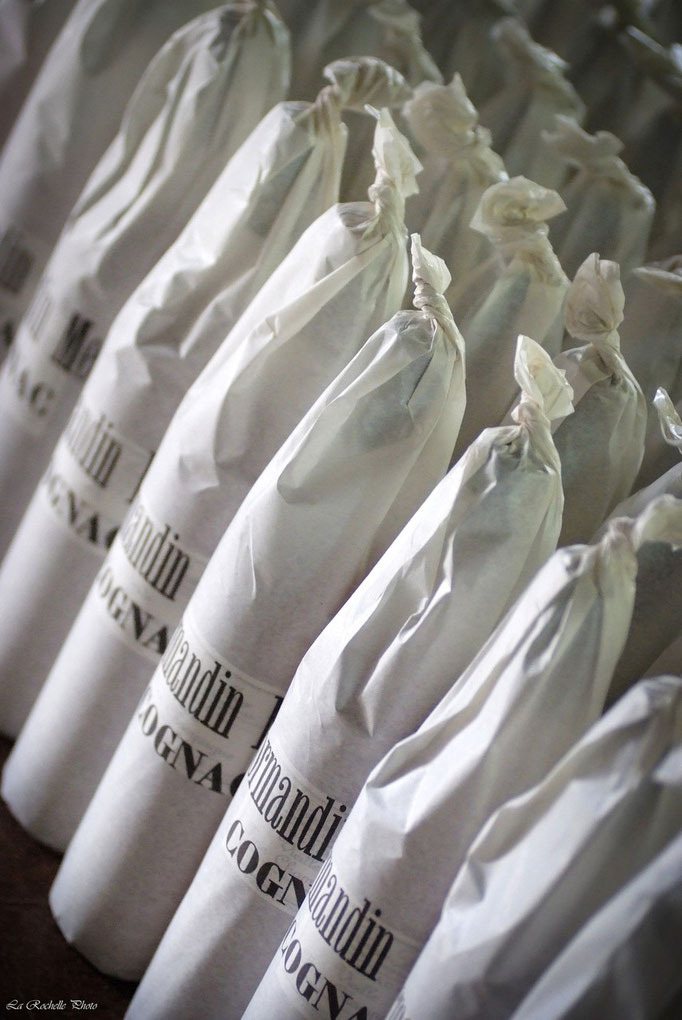 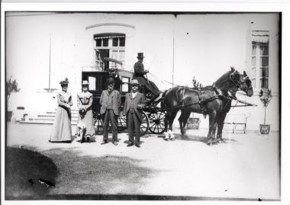 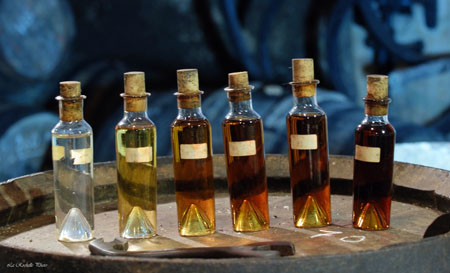 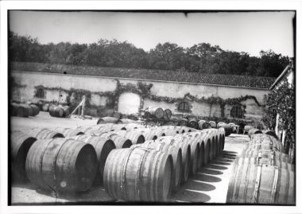 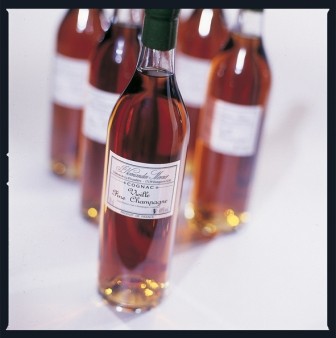 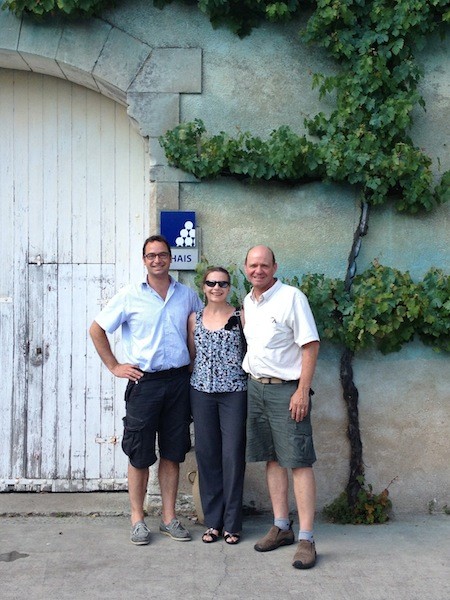 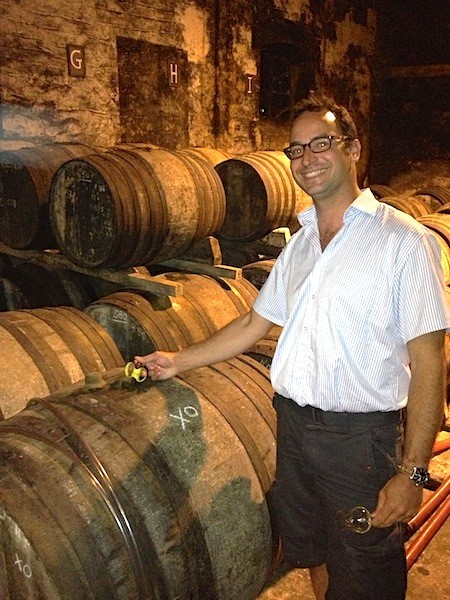 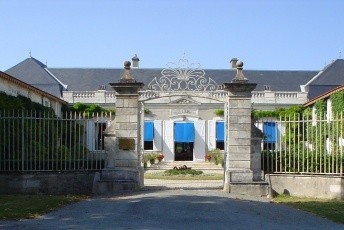 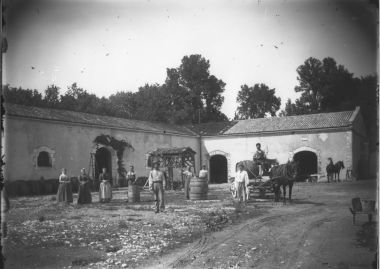 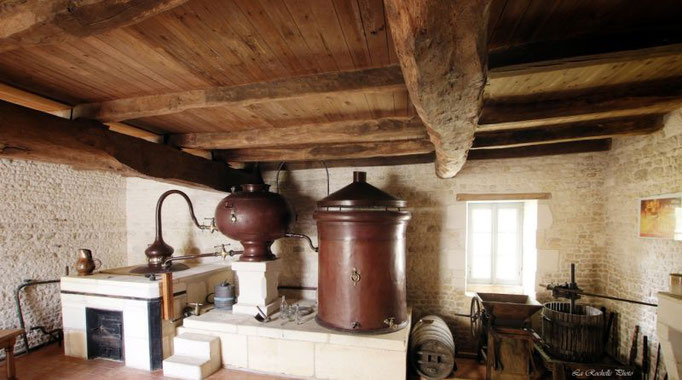 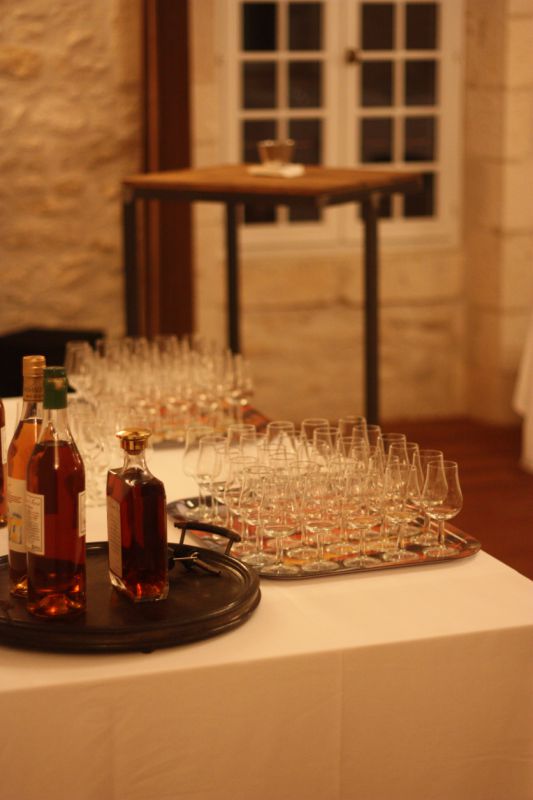 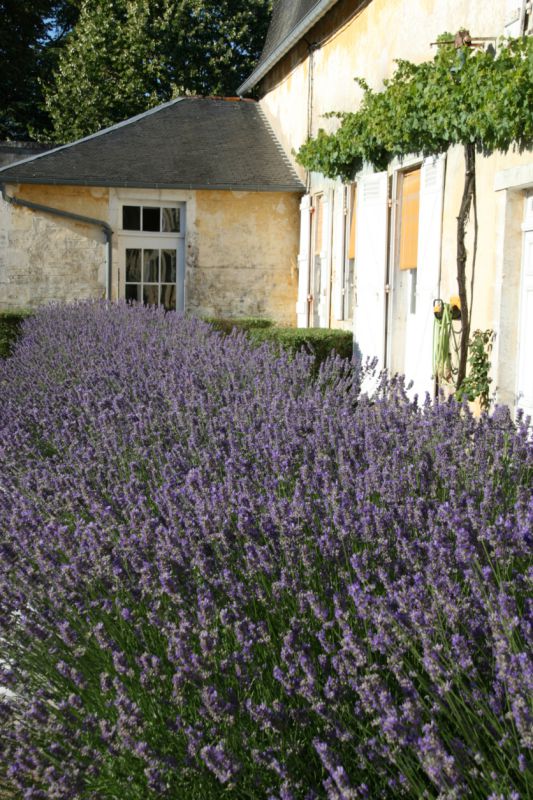 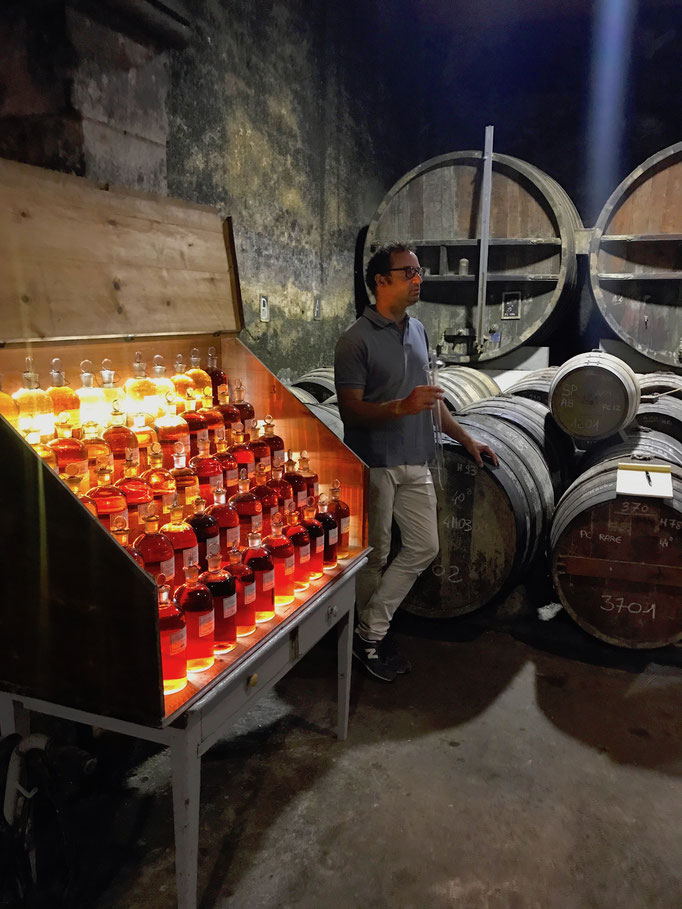 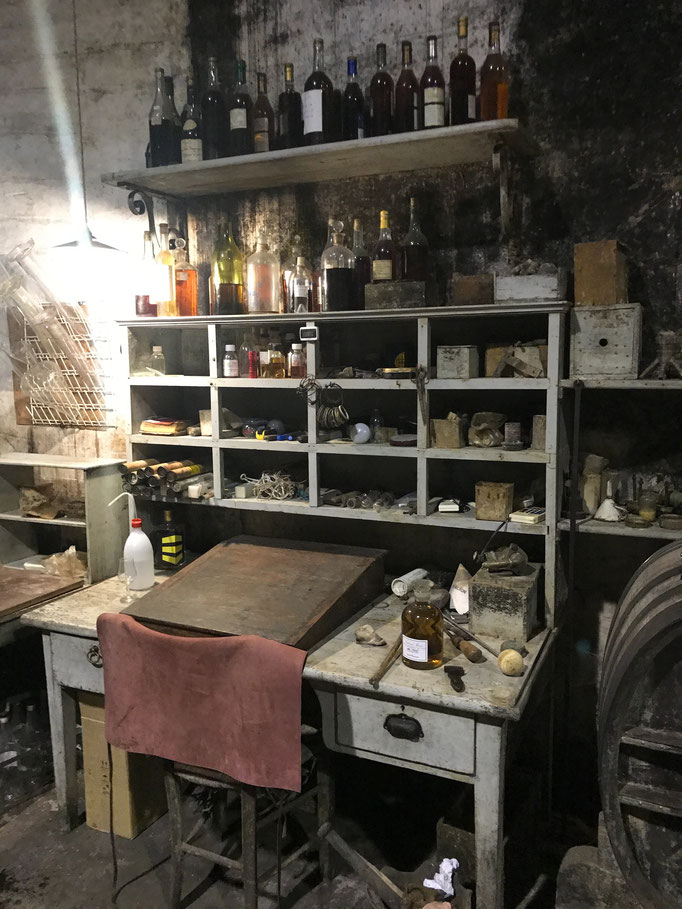 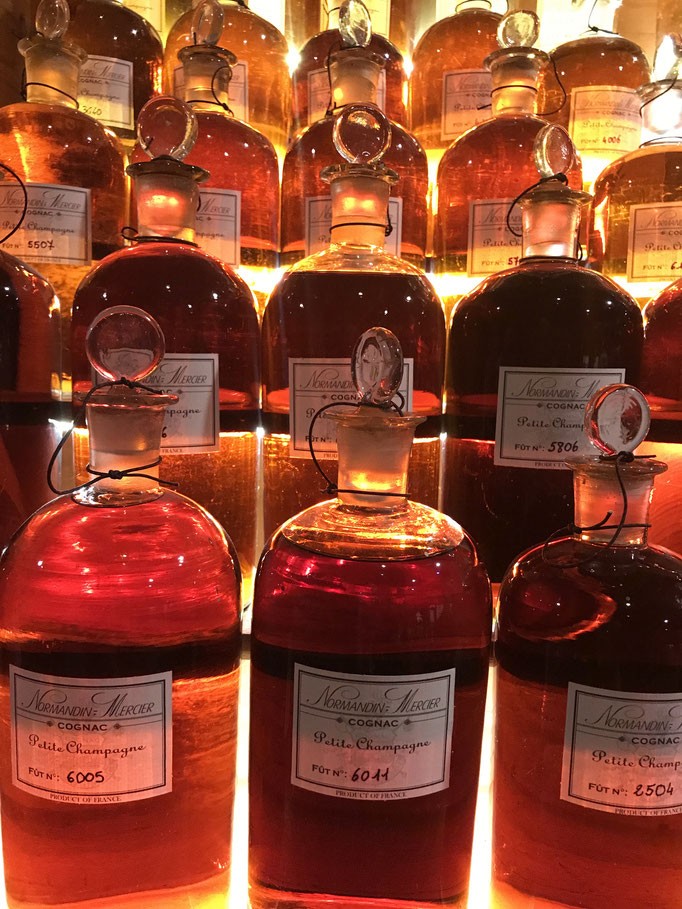