Click an image to learn more about each product. 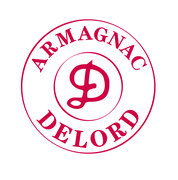 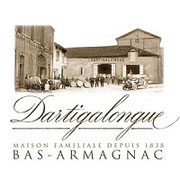 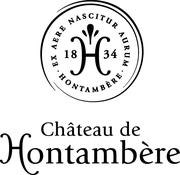 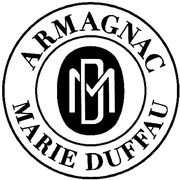 Armagnac is made in the Southwest of France, in an inland area east of Bordeaux.

There are three official areas of appellation:  Bas Armagnac, also known as the 1st Cru, Ténarèze, and Haut Armagnac. The soil in the Bas Armagnac region is mostly sandy, while it is more chalky and clayish in the Ténarèze.

The production and promotion of Armagnac is overseen by the BNIA. In 2010, Armagnac celebrated its Septcentennial, or 700 years of distillation!

Armagnac is produced from ten authorized types of grapes, the principal four of which are (pictured in order below): Ugni Blanc, which makes up the majority of the distillate, followed by Baco 22A, Colombard, and Folle Blanche which are used in much smaller quantities. 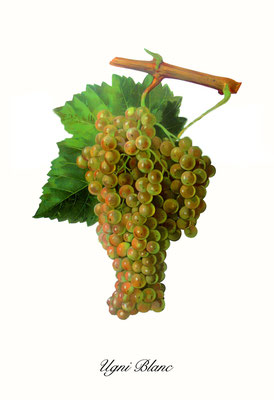 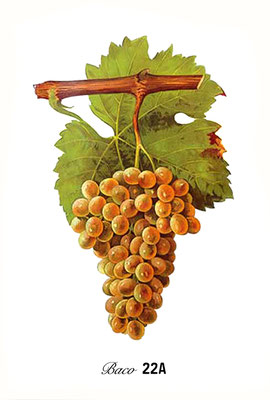 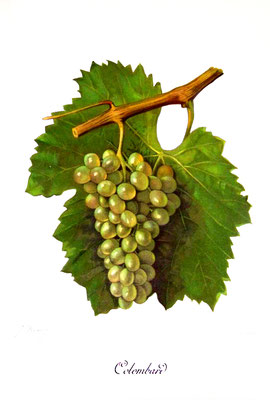 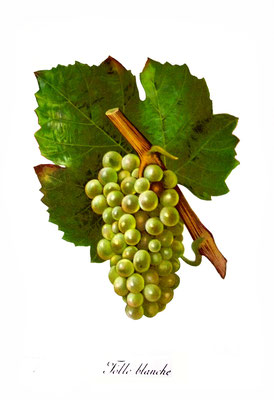 The harvested grapes are pressed and the juice is left to ferment, giving the wine that is low in alcohol, but high in acidity. The wine is then distilled once in a column still, giving a spirit that is between 52% and 60% alcohol. It is then put in wood for ageing and later on will be blended and reduced with distilled water to about 40% alcohol.

Traditional Armagnacs are distilled once in a continuous still. Since 1972 however, a successful petition by the bigger producers allows all Armagnac producers to also use a double distillation in a Charentais still. Single distillation helps preserve all the character, the fruit, and the flavor of the Armagnac and is more appropriate to the traditional character of the spirit, but the brandies then need to age longer. Double distilling a wine makes the spirit lighter and therefore ready for consumption sooner.

There is no imposed regulation on the ageing of Armagnac, but generally 85% Limousin oak is used (for its tannins and vanilla) and 10% Monlezun black oak is used (for tannin, spice, and color).

The legal ageing times in wood are characterized by the following designations:

There was a time when all brandies, including the finest cognac would be served in an old fashioned, balloon-style brandy snifter.

Those days are gone due to advanced glassware technology. The only reason to use a snifter today would be for serving a young harsher brandy, that might benefit from warm hands evaporating excess alcohol.

The shape of the tulip glass makes it possible to regulate the amount of alcohol released from the spirit, thereby preventing any burning sensation in the nose, yet without impacting the olfactory properties. When serving finer cognacs, armagnacs and even older calvados the tulip glass is the way to go.

From the youngest Armagnac to the oldest vintages, the evolution of Armagnacs is progressive and continuous: there is no brutal aromatic border between a VSOP (more than 4 years in oak) and an Hors d'Age (more than 10 years in the woods).

The aromas of the wine concentrated by the still are enriched, evaporate, overlap, hide, transform, sublimate in contact with the barrel and with the test of time. The work of the cellar master further enriches the aromatic palette of the blend Armagnacs. (BNIA)